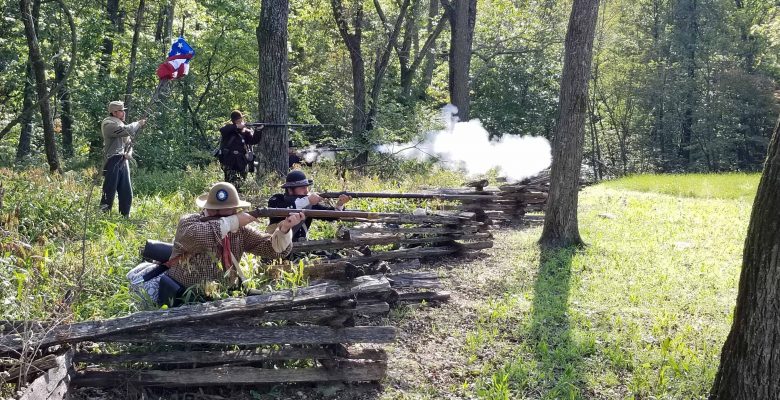 Strategy played a critical role in the Battle of Pea Ridge. The most decisive battle west of the Mississippi River, and the 3,000 soldiers who lost their lives are memorialized at Pea Ridge National Military Park in northwest Arkansas.

Before the Civil War, the soil of what is now Pea Ridge National Military Park was witness to more than 11,000 Cherokee people passing through between 1837 and 1839 on their forced removal to Oklahoma. Elkhorn Tavern was well established along Telegraph Road, and was routinely used as a supply depot for the Trail of Tears.

Twenty-five years later, Elkhorn Tavern stood in the middle of the Battle of Pea Ridge and would be used as a make-shift hospital rendering aid to the wounded soldiers. Among these soldiers fighting at Pea Ridge were two regiments of Cherokee, about 1,000 men, fighting for the Confederate army. The only major Civil War battle in which Indian troops participated.

Adhere to your purpose and you will soon feel as well as you ever did. On the contrary, if you falter, and give up, you will lose the power of keeping any resolution, and will regret it all your life.

After fierce fighting on March 7, 1862, the Confederate General Earl Van Dorn was feeling comfortable with the gains. However, through the night the Union soldiers under the leadership of General Samuel Curtis regrouped. The following morning the Union unleashed a devastating volley of musket and artillery fire to force the Confederate soldiers to retreat.

Imagine 10,000 Union soldiers solidifying a line over a mile long during the overnight hours, and emerging from the darkness at dawn to confront the awaiting Confederate army who were lacking both food and ammunition.

General Van Dorn had advanced his Confederate troops too quickly. Leaving his supply line, including much needed food and ammunition, about two days behind. The Union won the battle and the overall Pea Ridge Campaign was successful at securing nearby Missouri for the Union.

Soldiers were frequently hastily buried in unmarked graves. The remains from the battlefield cemetery at the Battle of Pea Ridge were later moved to the Fayetteville National Cemetery. By 1871 there were 1,200 interments made in the cemetery, most of which were unidentified.

Thank you to everyone who clicks through any of my Amazon ads to make a purchase, as I receive a small commission from Amazon. I appreciate your support!

If you missed my last post about the A Sparkling Crystal In The Ozarks, be sure to check it out!

Interested in volunteering or working while you RV across the country? Here’s some great resources: Work Camping on RVing Revealed.