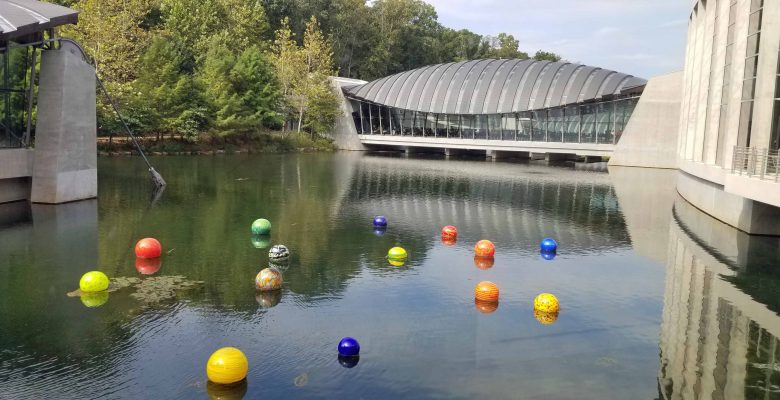 Eight years ago I was stunned by a piece of art entitled “The Ghost Clock” by Wendell Castle. It was on display at The Smithsonian Renwick Art Gallery in Washington, D.C.

At first glance, and even after careful inspection, The Ghost Clock appeared to be a white sheet draped over a grandfather clock. Intentionally designed to be visually deceiving, the entire sculpture was meticulously carved from one piece of mahogany in exquisite detail.

In addition to the Renwick Gallery, having experienced The Louvre in Paris and The Metropolitan in New York, I was somewhat reluctant to visit an art museum in the foothills of the Ozarks in northwest Arkansas. I became intrigued when I arrived on a weekday and had to park in the overflow section, as the primary parking was full.

Art taught me history in a way that I had never learned it before, and it brought the story of our country to life. I wanted to share that opportunity with others.

I was more than pleasantly surprised, The Crystal Bridges Museum of American Art is an absolute gem. The combination of art, architecture and nature provide an inviting and entertaining experience. The flow of the museum follows the history of art in America and tells quite a story.

I believe that in the search for the answer lies the answer.

The museum was founded by Alice Walton, who shared an appreciation of art with her mother, Helen Walton, wife of Walmart and Sam’s Club founder Sam Walton. I discovered an interesting side-note: Helen Robson Walton was born in Claremore, Oklahoma, where I recently visited the Will Rogers Memorial Museum.

A new addition in just the last few weeks, the Kusama Infinity Mirrored Room was fascinating. A room that utilizes mirrors to create the illusion of infinity. Lighted hanging paper lights change color and go on forever in all directions.

A Frank Lloyd Wright designed house resides on the 120 acres of Crystal Bridges. Originally built in 1956 along the Millstone River in New Jersey, it was restored and relocated. Every component of the house was taken apart, labeled and moved to the Crystal Bridges Museum property where it was reconstructed in 2015.

Several miles of nature trails that also incorporate outdoor art into the experience meander through the grounds surrounding Crystal Bridges.

Thanks to Walmart for sponsoring everyone’s admission – always. The museum is free! The Crystal Bridges Museum of American Art in Bentonville, Arkansas averages 1,000 visitors each weekday and about 2,000 per day on weekends.

Truly a sparkling crystal in the foothills of the Ozarks.

Previous ArticleWill Rogers and Route 66
Next ArticleBattle of Pea Ridge