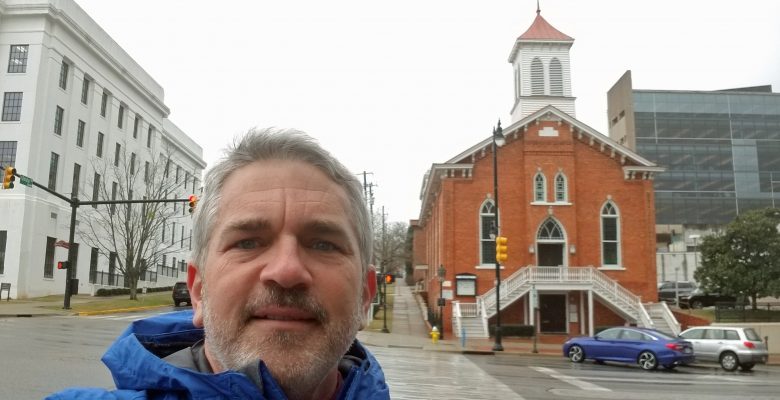 A forest fire starts with just a small spark. However, if the weather, wind, and humidity is just right and there are dry grasses, shrubs and trees nearby, that one spark can take off and torch hundreds and thousands of acres.

A 1955 bus ride in Montgomery, Alabama was the spark. The local community was unknowingly and silently hosting a perfect storm of conditions that allowed a spark at that very moment to ignite into a national movement. A movement that forever changed the course of our country.

Here’s a 3 minute video I compiled with the sights and sounds of Rosa Parks and Dr. Martin Luther King, Jr. from my visit to Montgomery, Alabama.

It was just a bus ride. But this time, the non-compliant rider just happened to have connections to NAACP leadership. Equally important was the college professor who independently called for and worked through the night to publicize a boycott. There was the attorney who maneuvered through the legal process. Perhaps most importantly, there was this young motivated and inspirational pastor at a local church.

Everyone living together in peace and harmony and love…that’s the goal we seek, and I think that the more people there are who reach that state of mind, the better we will all be.

The proverbial moon and stars were aligned and combined with the fact that the African American community climate was palpable and nearly bursting from the wrongs experienced from segregation. It took a spark, but the environment was primed.

Rosa Parks boarded a Montgomery city bus and refused to give up her seat. Less than two blocks later, she was arrested.

Hearing of the incident, JoAnne Robinson, a professor at Alabama State College conceived the idea of a boycott and proceeded to print 50,000 fliers to spread the word.

Leaders from the local African American community gathered at Dexter Avenue Baptist Church, where a young Dr. Martin Luther King, Jr. was preacher. They concurred with the boycott and formed the Montgomery Improvement Association. Dr. King was quickly elected president to lead and manage the effort.

Little did any of them really they know that the spark generated by Rosa Parks would quickly spread and that a fire storm was in the works. The perfect conditions resulted in thrusting transportation desegregation all the way to the Supreme Court. The young preacher at Dexter Baptist eventually resigned as pastor as he was becoming the defacto leader of a national civil rights movement.

Reading the history provides knowledge, but as I stood at the very bus stop where Rosa Parks boarded Bus #2857 I could not even imagine 1955. I walked down Montgomery Street following the route the bus took to where she was arrested by the police and removed from the bus. It is not just a bus stop. It is so much more. The Rosa Parks Museum now stands at that bus stop, part of Troy University.

A few blocks away, I sat in the office where Dr. King wrote his Sunday sermons for the people of Dexter Avenue Baptist Church. I tried to imagine the conversations of the countless community members and future leaders in the fledgling civil rights movement as they passed by his desk complete with a typewriter and rotary dial phone.

Another few blocks, and I stared at the front porch of the house that was bombed while Dr. King’s wife and children were inside.

I’m just scratching the surface of this piece of history, but I certainly value all the learning experiences provided by my journey.