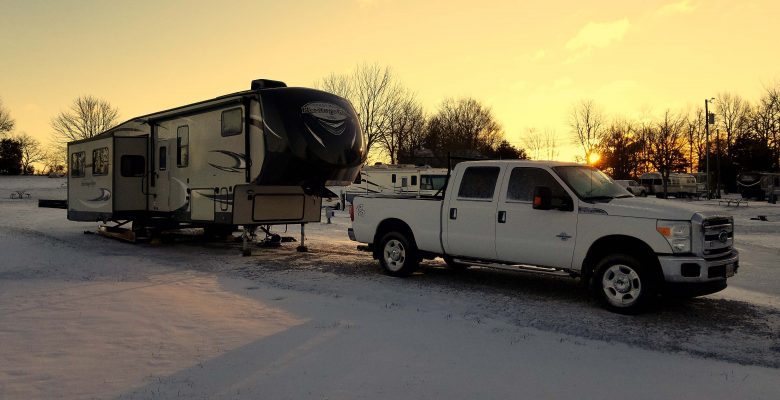 A frosty night and a red hot moon! The total lunar eclipse proved to be worth enduring the bone chilling nine degrees (Fahrenheit).

From my vantage point, the 2017 solar eclipse was rather anticlimactic. I suppose I’ll need to be in the right place for the next solar eclipse in 2024 to fully appreciate it.

Having minimal expectations for this lunar eclipse, I stood mesmerized for over an hour as the earth gradually shielded the sun rays and the moon darkened. With unexpected speed the crescent shaped shadow overtook the moon. And for a short while, the light reflecting around the earth created quite a dramatic maroon tinted sight.

There was no explanation or pointing needed, and actually very little patience. The entire event was under two hours and completely visible with your eyes. Therefore, no special glasses or other contraptions were needed to see the spectacle.

As the evening started, the remaining snow showers passed through. Darkness gradually encroached and the moon I saw was still largely shielded by the thin cloud cover. As if on cue, the last of the snow flurries whirled around and the clouds waned and pushed through.

Clear and crisp, the night sky awaited. The timing of the event to conclude before midnight was certainly convenient. Favorable conditions and a reasonable time removed all excuses and I decided to endure the cold.

We know the moon does not produce any light. What we see is actually sunlight reflecting off the surface of the moon. As the elliptical orbit of the moon just happened to position the earth directly between it and the sun. The round shape of the earth created a dark curved shaped that steadily overcame the round full moon.

Even in the earth’s shadow, some light was still able to reflect off the moon. This we saw as a rusty brown moon. As the moon, earth and sun aligned just perfectly, there was a moon deficient of the white color we typically see. The total lunar eclipse produced a magnificent maroon colored full moon.

May 26, 2021 – that’s our next opportunity to witness this total lunar eclipse extravaganza.

Until then – I am embracing the cold and making plans to check out the Sandhill Crane migration. If that happens to work out, I’ll be sure to share with you.

Don’t copy the behavior and customs of this world, but let God transform you into a new person by changing the way you think. Then you will learn to know God’s will for you, which is good and pleasing and perfect.